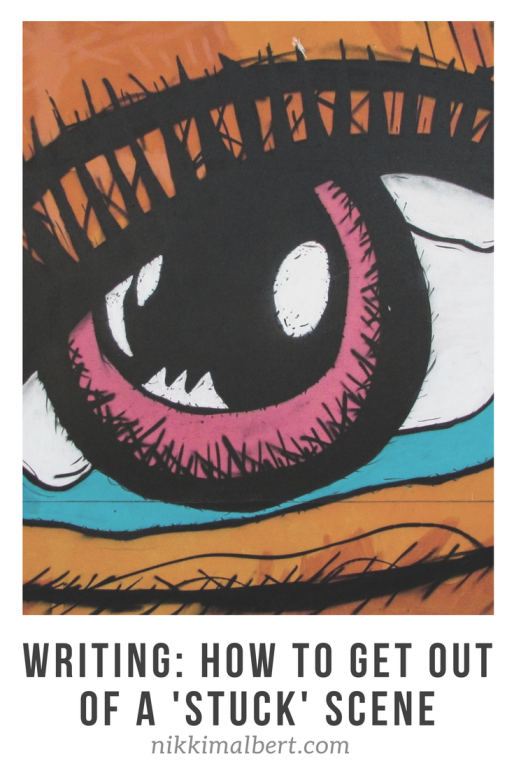 So the scene is going well but then you just stagnant and get ‘stuck’. What will make this flow? What will carry me forth into the next chapter? It is writer’s block. It is how do I even get to the next chapter from here. I have been there. This scene is just going nowhere fast, sort of deal. Well, I will tell you some perfect ways.

When you have writer’s block on a scene, here are ways to overcome it

Yes, randomly kill someone off. Make your character go spontaneously crazy. I don’t care if it is a romance or fantasy… kill someone. Preferably as gruesome as humanly possible. Because I’d read the hell out of that.

There was a long pause in the conversation when… the tornado hit. Mass panic everywhere! Why didn’t we have any Warning, for the love of God! And chaos ensues.

And then the car hit him. Or the piano fell on him. Or a vortex into another plane of existence consumed him. Or his foot fell off. Just plain fell right off. Mid-conversation.

Switch to just italics and write as the writer writing the story for a good paragraph or two. Hell, make it a chapter. As I ponder my writer’s block I smoke my last cigarette and stare, despondent, at the screen. It mocks me.

It Was a romance but now it is about the plague that started the zombie apocalypse. And it begins with a cough. Or a sneeze. Better go with a sneeze, that is far more contagious. Have your character sneeze on the other character. And so it begins.

And those are the perfect ways to get past writer’s block on a stuck scene. Now, go forth and conquer that novel! Feel free to incorporate one or more of these suggestions at once.

When to kill a character

How you know you’re a writer

I am the Brainless Blogger; health-related chronic illness blog. And a fantasy fiction writer under the pen name Lil Hamilton. View all posts by Nikki

5 thoughts on “Writing: How to get out of a ‘stuck’ scene”

This site uses Akismet to reduce spam. Learn how your comment data is processed.

Buy me a coffee

Promote your Page too